Thank you! We will get back to you as soon as possible.
Oops! Something went wrong while submitting the form.

Minimum target: 1,5 mill
208
% Achieved
Thank you for signing up to buy BikeFinder stocks. You will shortly receive an email with the PDF that you will need to sign and return to invest@bikefinder.com
Oops! Something went wrong while submitting the form.

The Company was founded in 2015 by former pro cyclist, Ole Martin Ølmheim, and is based in Stavanger, Norway.

BF secured agreements with retailers and insurance companies before launch of a mass production-ready solution in 2019.

The technology fits all bikes, and is secured with a patented expansion lock, inside the bike handlebar.

More than 90% of all stolen bikes having BF installed, were returned last year, and the Company is now preparing for an international expansion.

The Company will raise NOK 15 million over two rounds to fuel the growth.

Growing sales through own company website, now 20% of total sales.

Huge addressable market in Scandinavia, Europe and the US, with bike theft being a material issue across the board.

Expensive e-bike sales growing rapidly in all markets, strengthening the BF case, as these bikes are expensive and subject to theft.

A significant upside exist in utilizing the technology in other markets like containers, cars, boats, and other movable items subject to theft.

BikeFinder offers a robust revenue model, with both hardware and subscription-based sales.

The model is scalable internationally and cost efficient in terms of new market introductions.

BikeFinder is an anti-theft device with GPS/GSM and Bluetooth tracking that is locked – and hidden – inside the bike’s handlebar.

The solution fits all handlebars with an inner diameter of 15-27 mm, which makes up about 96% of all regular handlebars.

The expansion mechanism secures the device and makes it almost impossible to remove without a special tool. Tool design is changed for each batch produced.

Up to 8 weeks battery life and is operated through a smartphone app. The device is charged via a power bank and USB-C cable, and the user is notified when the battery goes below 40%. 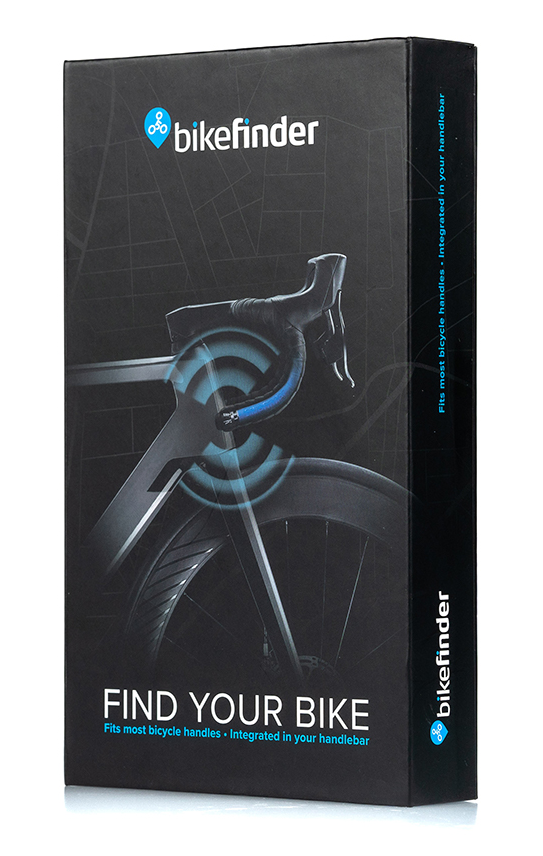 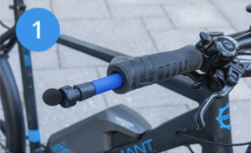 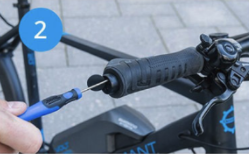 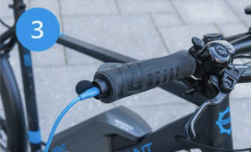 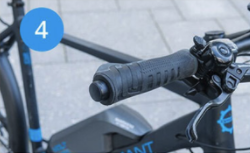 The weight increase will not be noticed

Insert the tracker, tighten 2 screws and put on the end-cap

With built-in eSIM and GPS antenna, bike contact is secured throughout Europe 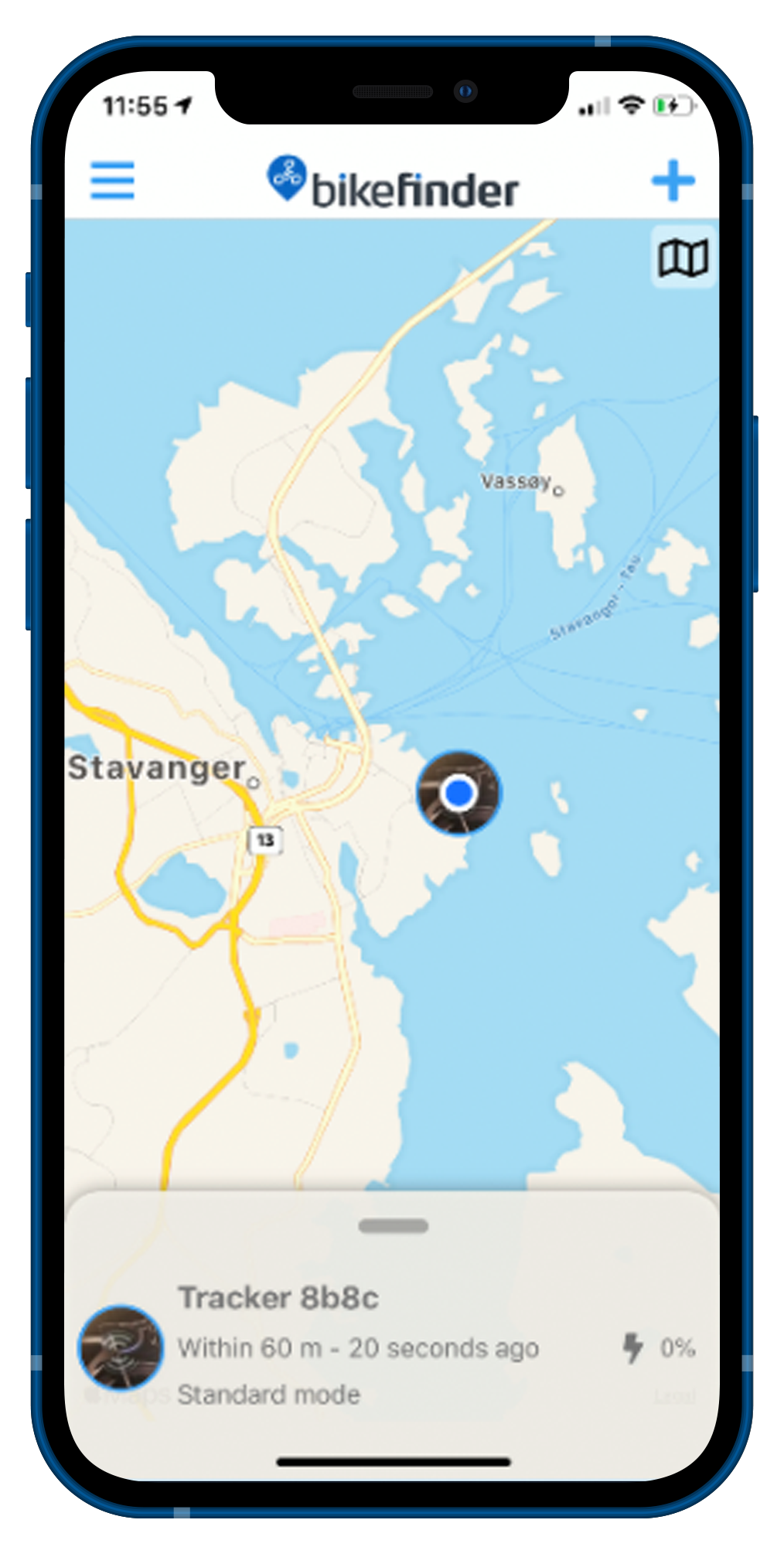 The tracker is activated and operated through the BikeFinder app.

The app allows for multiple trackers, and the tracking system offers coverage across Europe.

In the BikeFinder app the user can see their bike’s location, previous locations, report theft, see battery level, and get push notifications if someone moves it.

If the bike is stolen, the theft can be reported through the app. The user will then be contacted by BikeFinder to initiate the process of locating the bike.

With an integrated Bluetooth system, the app will give a very accurate close-range location of the bike, when the bike is stolen or lost.

If the bike is not found after a tracker search, the bike will be replaced by the insurance policy associated with the BikeFinder product.

All trackers send location and sensor data to the BikeFinder cloud platform.

Current solution combines the uses GPS, GSM and Bluetooth to optimize positioning. The next generation tracker launched in 2021 will add NB IoT, CAT-M1 and WiFi technology.

Algorithms are used to determine location and movement categorization.

The BikeFinder platform is versatile and built with future products in mind. 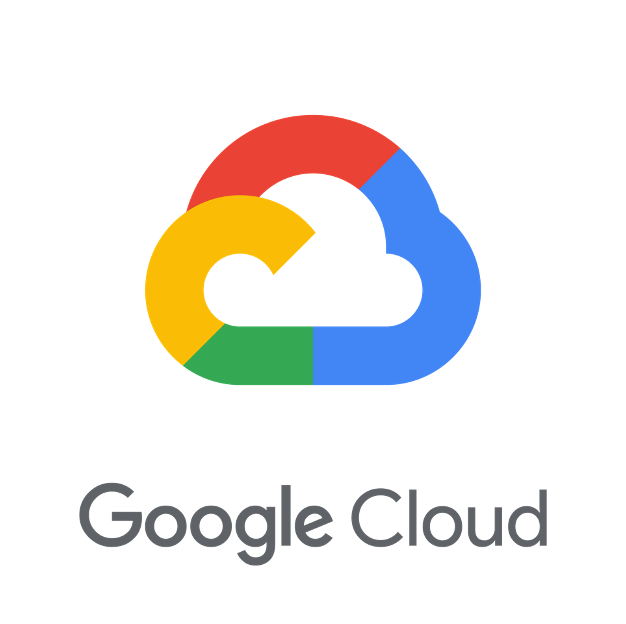 The numbers are grossly underreported, and are much higher in reality

According to Falck, the return rate of stolen bikes in Norway is 3%. In April, 90% of all bikes stolen with a BikeFinder tracker, were recovered

This year, the sporting goods industry in Norway is worried that they will not be able to meet customer demand for bikes, reporting a 30-100% growth year-on-year

Especially the sale of e-bikes is booming, and there is a strong trend towards using the bike to work instead of the car and public transportation

The global bicycle market is expected to reach $59.9 billion by 2021, according to a recent Lucintel report. The annual growth rate is estimated to +/- 5% by several analysts.

130 million electric bikes are expected to be sold globally between 2020-2023, according to Deloitte.

Bike ownership is the highest per household in Northern Europe as well as in Japan, but several countries are experiencing strong growth.

The majority in the growth comes from electric bikes. For instance nearly 50% of all bikes sold in Belgium are electric of an annual bike sale of around 500 000 bikes.

In the Netherlands, just over one million new bicycles were sold in 2018. The total sales value of new bicycles that were sold amounted to approximately 1.22 billion euros. 40% of bikes sold are electric.

The U.S. market is estimated to be sized around 6 billion U.S. dollars (Source: Statista)

Between 15 and 20 million bicycles are sold in the U.S. annually. Mountain bikes were the most popular category as of 2019, but e-bikes are growing the fastest.

In the US and Canada, only about 1 percent of the workforce commutes by bike today. According to Deloitte this will change dramatically with the adoption of e-bikes.

During the coronavirus lockdown, the sale of e-bikes has skyrocketed, with online retailers reporting 40-150% sales growth over last year.

The U.S. market is estimated to be sized around 6 billion U.S. dollars (Source: Statista)

Between 15 and 20 million bicycles are sold in the U.S. annually. Mountain bikes were the most popular category as of 2019, but e-bikes are growing the fastest.

In the US and Canada, only about 1 percent of the workforce commutes by bike today. According to Deloitte this will change dramatically with the adoption of e-bikes.

During the coronavirus lockdown, the sale of e-bikes has skyrocketed, with online retailers reporting 40-150% sales growth over last year.

30-40 000 bikes are reported stolen in Belgium each year, with the real number expected to be much higher.

A project tracking bicycle theft in the USA by 529 Garage has concluded that over 2 million are stolen annually in America. 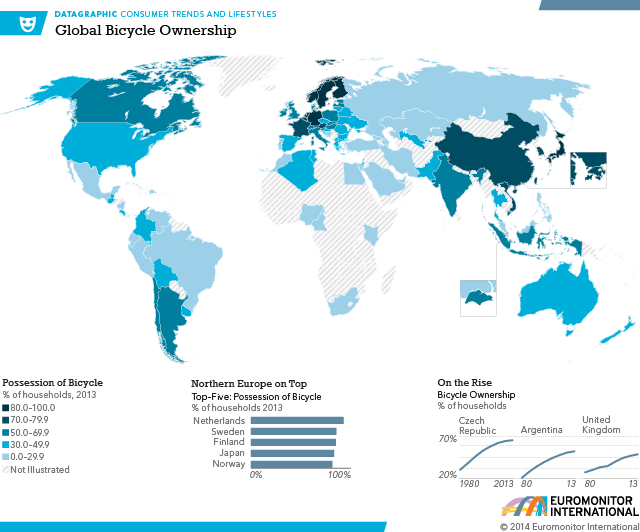 BikeFinder needs a subscription to be activated, and the product is bundled with insurance.

Subscription is activated through the BikeFinder app and the monthly fee is based on the bike’s value.

The subscription includes operator costs (sim card) and
insurance for all Scandinavian residents in partnership with Gjensidige and Tryg.

The product is offered both preinstalled in bikes (OEM), and as a shelf product in sporting goods stores and online.

The average revenue to BikeFinder from each piece of tracker hardware is NOK 650, with an associated production cost of NOK 400.

Multiple manufacturers can be used for the same service, hence no production bottlenecks, no supplier dependency, and limited risk for technology theft and copying by spreading the components on several suppliers.

Currently 1 800 trackers in stock at the end of September. 500 trackers ready for shipping in China. Ordered key parts for another 5 000 units.

This year the adjusted goal is to deliver 5 000 trackers in Norway, Denmark, Sweden and Finland - countries where insurance coverage is secured.

New market insurance coverage will be tied to sales in Belgium and the Netherlands, with a combined sale of 3 500 trackers in Europe, except Scandinavia.

US market introduction towards the end of2021, focusing on both sporting goods chain partnerships and B2C throughAmazon. Target of 1 000 trackers sold.

OEM agreements already in progress is included in these numbers.

Insurance coverage will be tied to sales in Germany, France, Poland and Italy, and a total of 5 000 trackers sold in these countries.

Market introduction in Australia and New Zealand, with a target of 1 000 units sold. 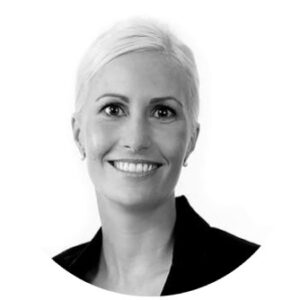 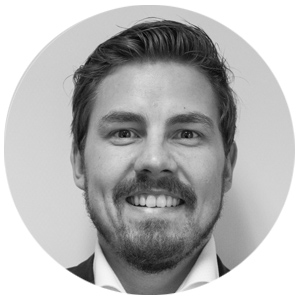 Former professional cyclist and co-founder of BikeFinder. Focuses all his time on sales and leads the efforts of sales growth and internationalization. 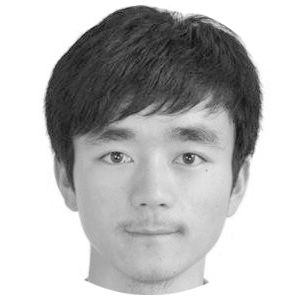 Responsible for supply chain, and driver behind strategy of several suppliers for each key system component. M.Sc Industrial Engineering. 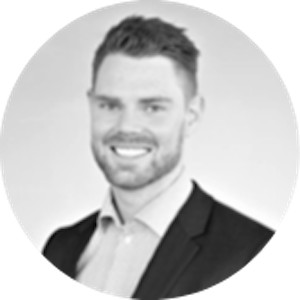 Experienced KAM that joined BikeFinder in 2020, primary focus on Scandinavia. 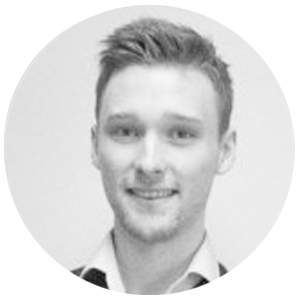 Involved in BF since inception in 2015. Full stack developer responsible for front and back end. 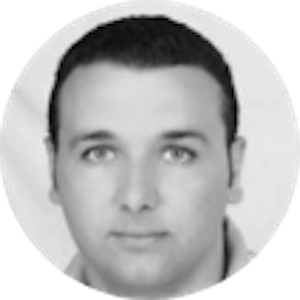 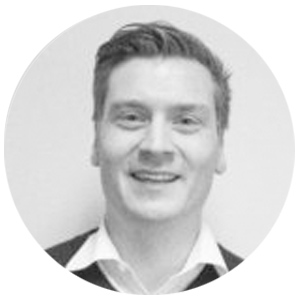 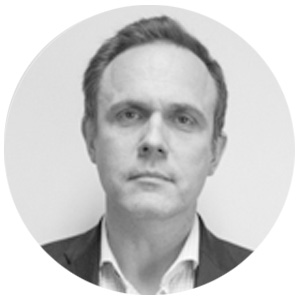 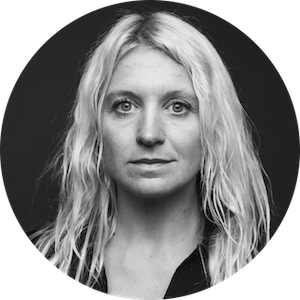 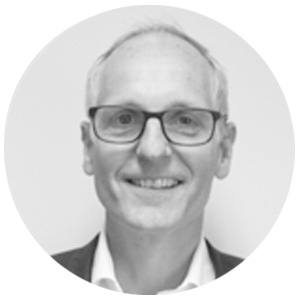 Also pro cyclist, Alexander Kristoff is a shareholder in BikeFinder.

All fulltime employees at BikeFinder are shareholders. Founders and employees hold 45% of the shares. 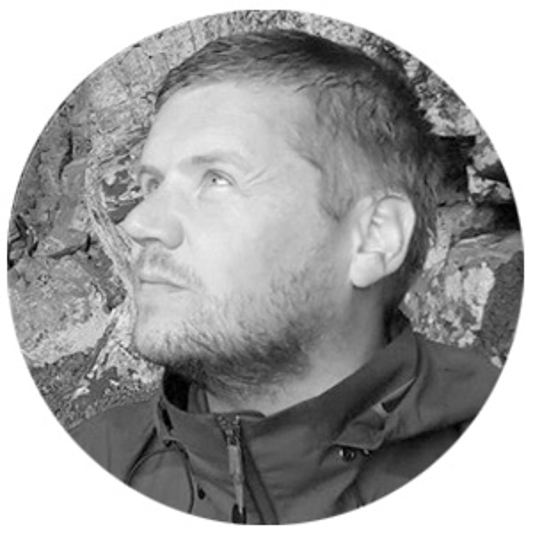 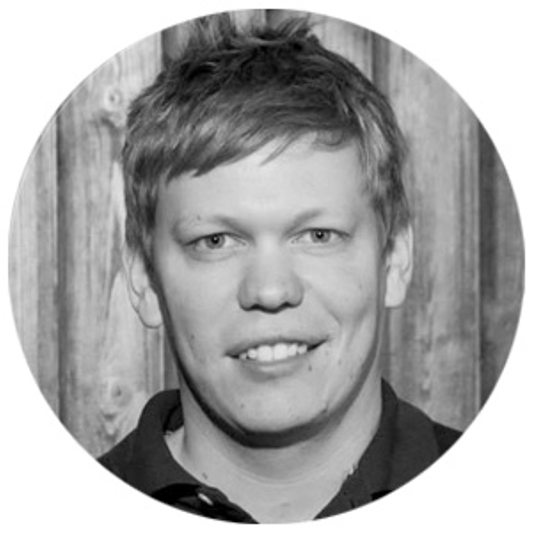 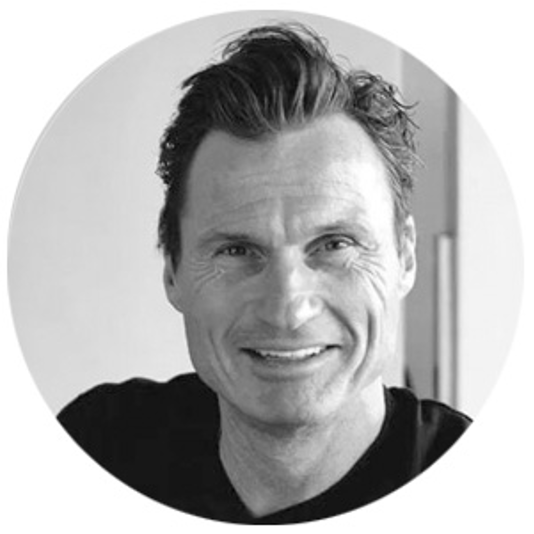 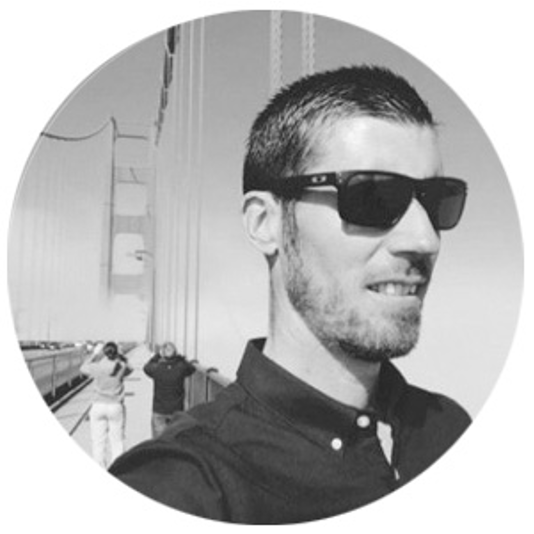 Some of the BikeFinder research & development takes place in 100%-owned subsidiary, Track Tech, and in 2019 TrackTech received NOK 400 000 in soft funding from Innovation Norway.

During the development of BikeFinder’s electronics, the core technology was developed so it could easily be utilized in other products.

BikeFinder see great opportunities in developing additional products using, and further developing, the generic electronics solution of the BikeFinder in other markets and applications. Any moving asset or vehicle can be tracked by the technology with some customization (cars, boats, containers, vans/trucks, trailers, buses, etc).

Implications for the next generation bike tracker:

The next generation BikeFinder is already being developed and is expected to be ready for market launch in 2021. It will have new to market location triangulation and improved theft prevention.

Current 2G communication will be replaced by Narrowband IoT (NB IoT), a Low Power Wide Area Network (LPWAN) radio technology standard to enable a wide range of cellular devices and services. In addition, Wi-Fi will be added to the solution.

The BikeFinder Generation II will fit even more bikes with its compact design and will have a flexible battery solution with a base capacity 2x that of the current version. It will also have the option of a power adapter for connection to e-bike batteries on OEM solutions. 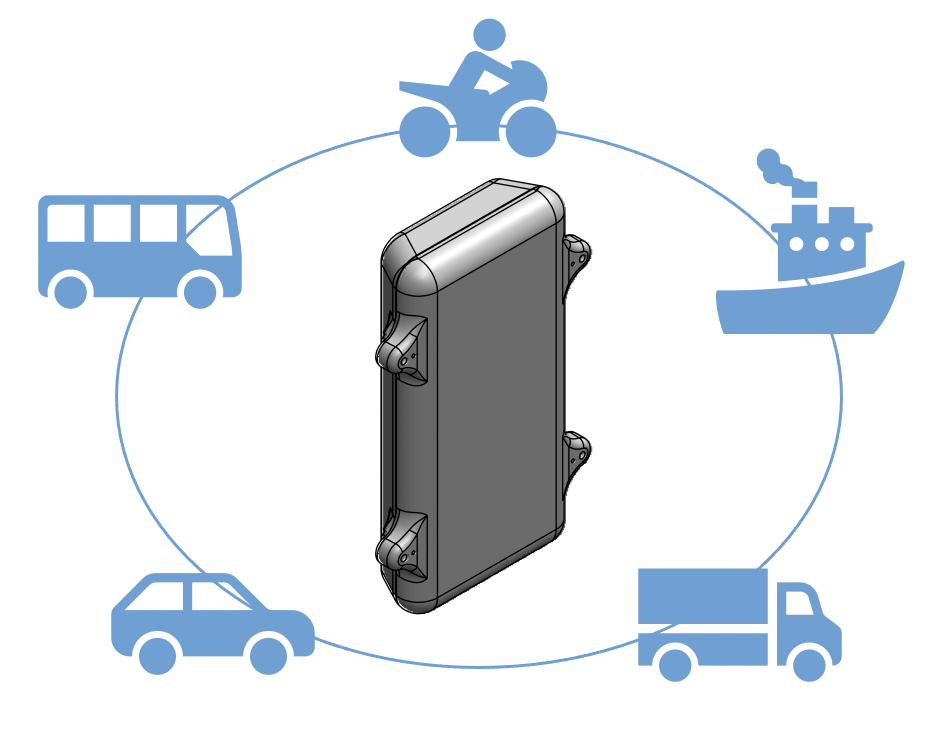 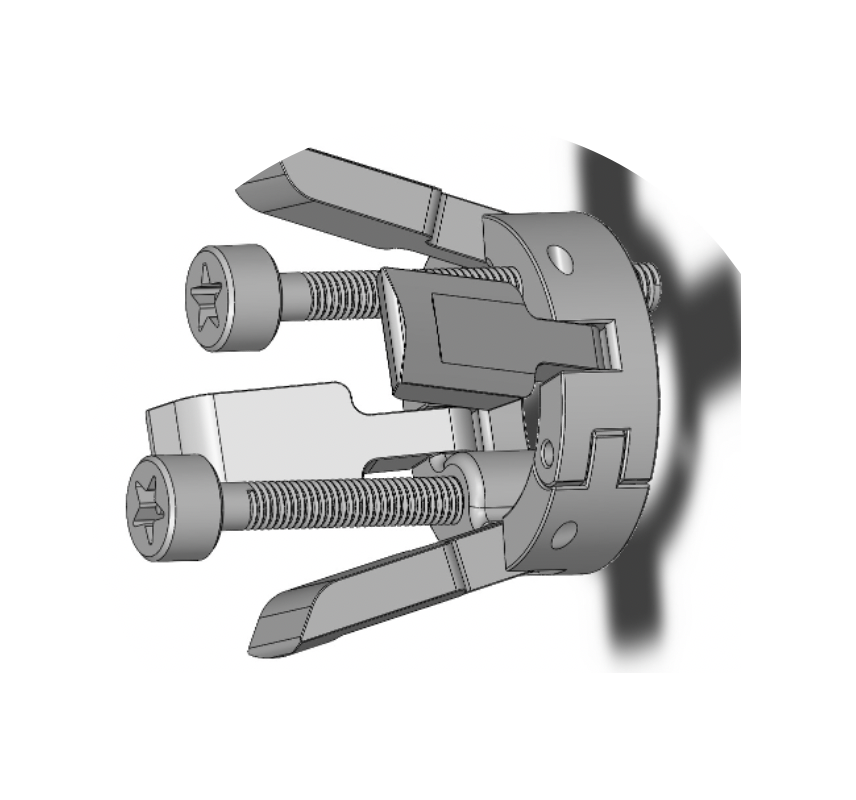 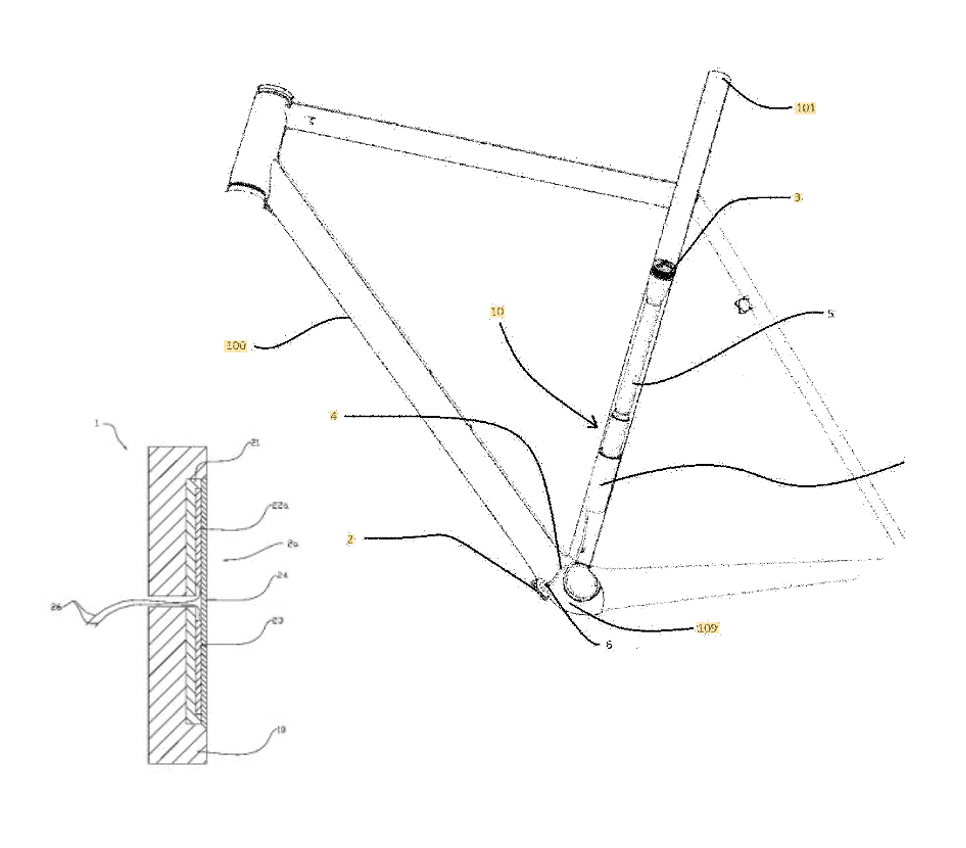 Product development in 2015-2018 and proof of concept in 2019-2020 has been funded by BikeFinder early investors, who represent some of the finest investors Norway has to offer.

With a solid proof of concept and climbing subscription numbers, BikeFinder is looking to fund a global go-to market plan through its own share offering campaign.
‍
We believe that the timing for pursuing an aggressive growth strategy has never been better for BikeFinder, being a tech-enabled software company with a proven solution to a growing and global social and economical problem.

Placement 9 was an allocation of shares to the founder 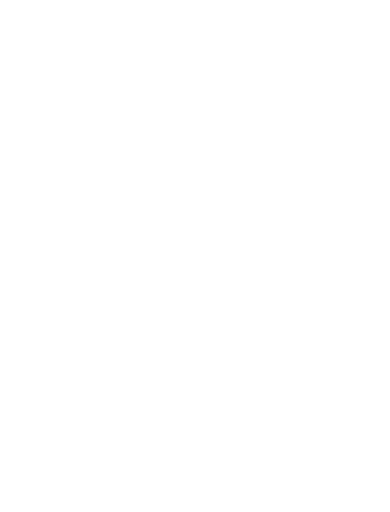